Disco passed away unexpectedly. He was a little thin after the rut, but not *that* bad. We were graining him and feeding free choice hay to put some weight back on, but we never expected him to pass away. I did not have time to necropsy him so I suppose I’ll never know if he had something else going on, though just prior to his death I had been home and handled him and he was normal with good color to his eyelids, so I suppose I’ll never know. The good news is that he has successfully settled many does in 2017 including one on my farm and several on a friends’ farm. He was also successfully collected in 2017, already has DNA on file and so it could have been worse. While not the prettiest buck, his genetics are a valuable stepping stone to me.

Reprise has many beautiful PRODUCTIVE daughters and a strong dam line. Please see more information on the REFERENCE page. 🙂

Affectionately known as Bungie, she was a no-nonsense doe. She worked hard, every day, and was very independent. I’m still incredibly disappointed in losing this doe as I think she was a lot better of a doe than what she looks like on paper with her last appraisal score in her last lactation. Mind you, she milked 3650lbs easy that lactation, while being hit hard by parasites. That was a year we were still working out our management with me living mostly away from home, and being the incredible milk producer she was, she got hit harder than most. We never came close to losing her from the parasites, but her low body condition sure impacted her appraisal score. No, instead we lost her because she aborted 2 years in a row and, worried about the health of my herd, I had her necropsied. She had been successfully bred and confirmed pregnant two years in a row to a wonderful French buck via AI, and I was ecstatic – but then she would abort. It wasn’t meant to be. Thankfully her inability to stay pregnant was not infectious, but this unfortunate end meant she never got to redeem herself in her appraisal scores and we’ll never know what she could have done on future lactations as she still should have had a lot of life left in her. She was far from perfect but she was the kind of doe I liked, and she will be missed. 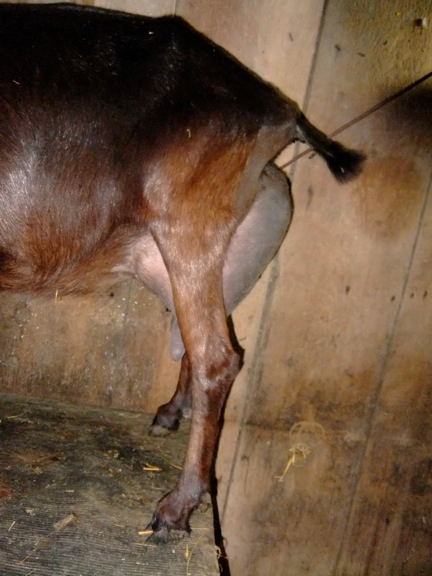 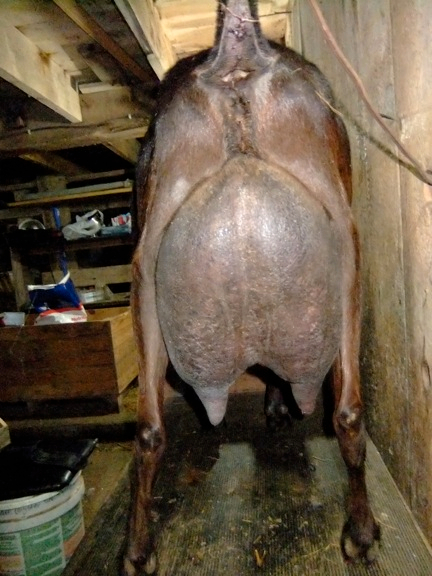