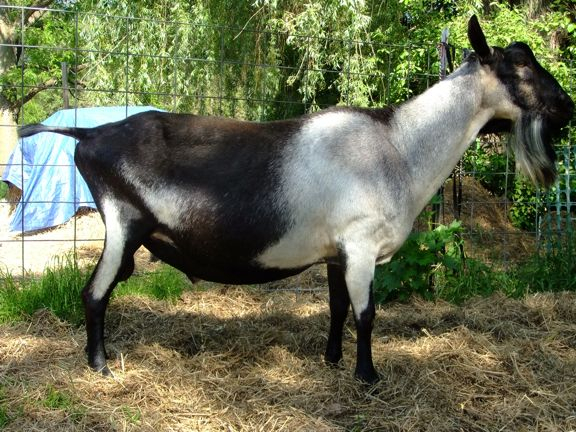 Daughters (all are QMF does):

Very pleased with my little buck. 2011 Appraiser commented on his dairiness while still retaining strength and masculinity. Super sweet, docile temperament and still willing to exuberantly woo the ladies. 🙂 My little buck kid has gotten big. As a yearling he’s around 150lbs while in rut and losing condition due to high activity.

I have freshened one daughter of his – Caprice Acres Long Tall Sally. (Dam: Grace-Hill Kesslee 1*M – SEE BOTH ON THE REFERENCE PAGE!) As a FF she produced 10lbs/day and was a dream to milk. Unfortunately I was not on test that year and she did not settle for the 2014 breeding season so she was sent to auction as we don’t have a place for her as an ‘open’ doe here. 10lbs/day as a FF was GREATLY improved over her dam.

Calix was collected in November 2015 and was sold December 1st 2015. He will be missed but with him in the tank I had no need for him live cover. After my friend used him for a season, he was again sold and ended up in Indiana with another herd.  The second owner (a good friend) hoped to purchase him back from the 3rd owner. However, we heard in January of 2018 that he had passed away.

Here is his only daughter I freshened here. She was unfortunately sold when she did not get pregnant the fall after FF lactation. At that time, I needed to keep the herd as small as possible so there was no room for a doe who was not going to freshen again. I do regret selling her. She is also on the Reference page, her name is Caprice Acres Long Tall Sally 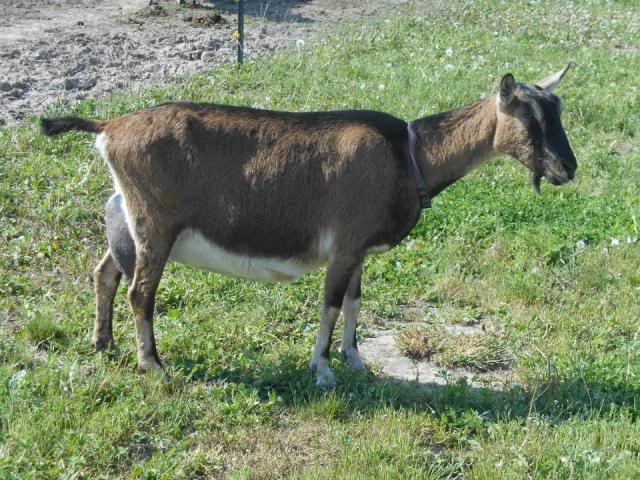 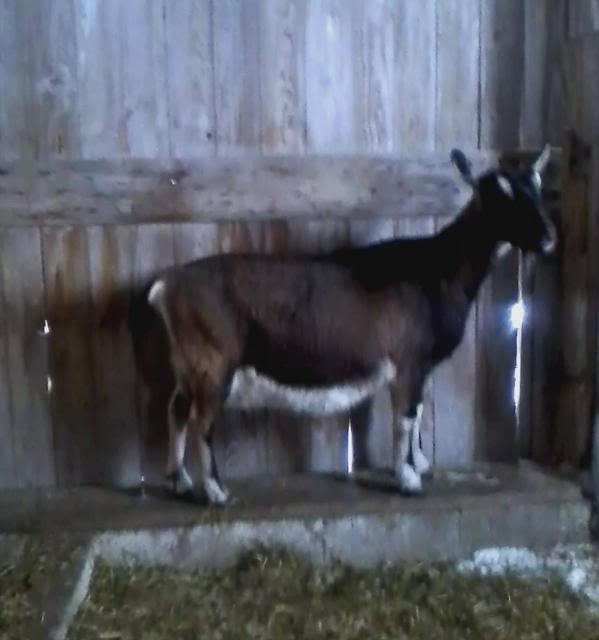 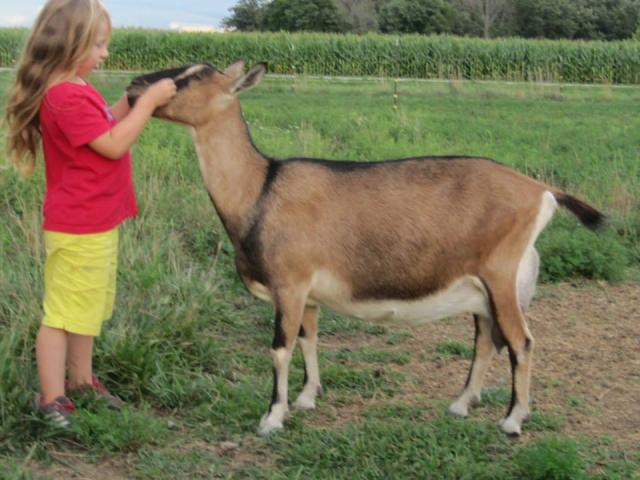 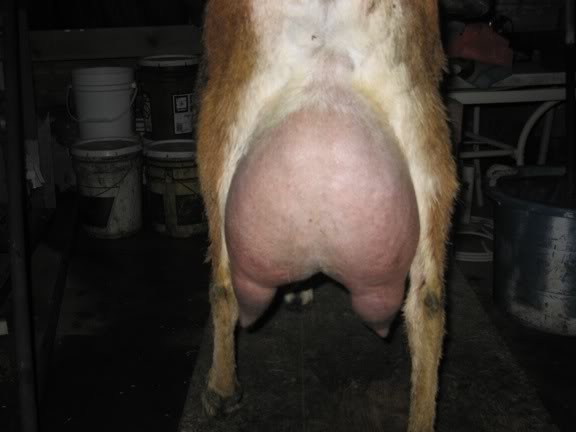 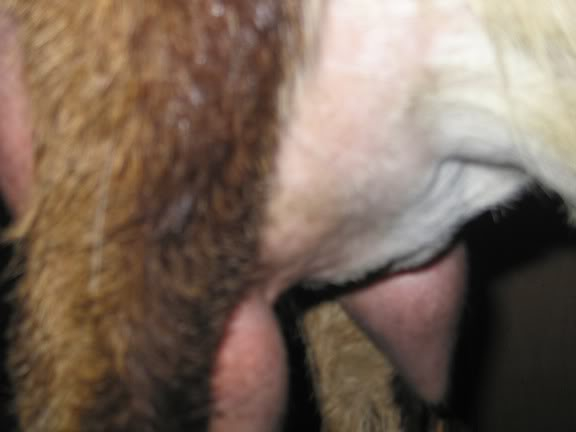 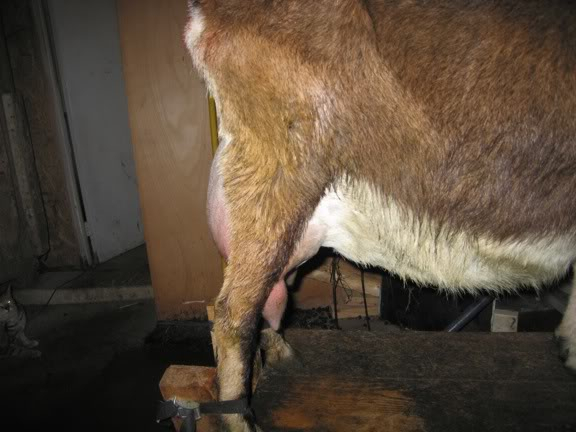 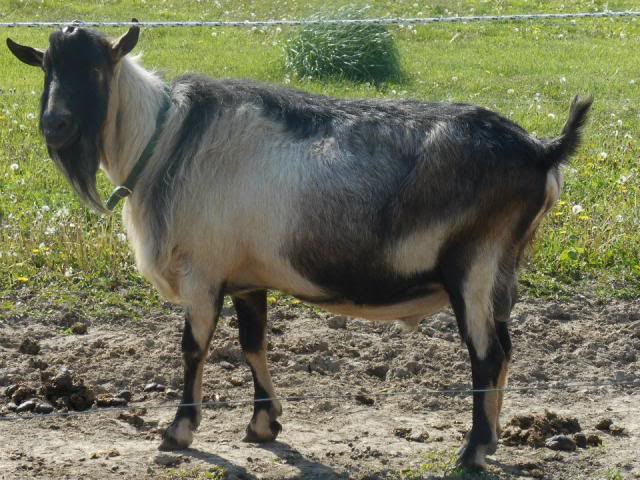 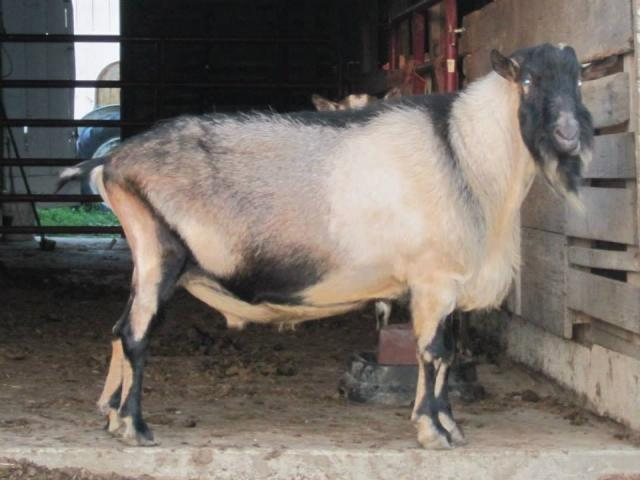 A big THANK YOU to Becky Giesler, for the photos of Calix’s parents!