OPEN 2018 – Confirmed bred, but aborted. Confirmed toxoplasmosis as cause.
2019 – 1 B – Sold as wether.
2020 – 1B – Polled. RETAINED –  Registered as Caprice Acres Outback Brisbane.
2021 – 1D 1B – Sired by GCH Roeburn’s Legacy +*B *ELITE*. FINALLY twins. and FINALLY Red is starting out with a beautiful udder and good production, hitting over 11lbs on her first 2 milk tests including her 2nd test just 1 week after moving to the new farm.

Red is an exciting doe. I think she is a great amalgam of my foundation French lines and my Jr herdsire’s showy and productive genetics. For more information on her lines, please click the names of her parents below to read more about each!  I think with maturity she will fit in nicely here.

2019 – – The herd has moved to the amazing care at QMF farm, and a few kinks had to be worked out in the new dynamic herd with many more does than ever previous. The does freshened very strong but shortly thereafter,  herdwide decreases in production and body condition were seen, which we attributed was due to poor hay quality having only a first cut hay available. We had the quantity, but not the quality needed for peak production. Coupled with a very wet spring and summer, ability to cut new hay to make up the deficit was nearly impossible for a long time. We scrambled to correct and began chaffhaye and alfalfa pellets but the insult came at a critical point in lactation and does across the board from both herds just didn’t bounce back.  It’s all a learning curve plus a large factor of the growing seasons 2018-2019  – together the two herds are hoping positive changes were made and really hopeful for better luck in hay for 2020! We knew there would be growing pains, so this is just a hiccup. 🙂 2yo FF lactation FURTHER tapered off after she became mysteriously ill in mid August with fevers of unknown origin. She lost weight and milk production. Though she survived and did well with treatment, I think her lactation had just seen too much trial and tribulation to continue strongly.  She was kept in milk until appraisal where she unfortunately had a low udder score due to lack of capacity – which we cannot disagree with! Especially after Lap AI she was pretty much drying herself up, so we dried her early as a FF. Hoping for better things in 2020 for this girl who has had a rather hard go of it – aborting in 2018 from toxoplasmosis, then a weird first lactation. 😉 She is genetically valuable enough to me to keep trying, hopefully 2020 is going to show us what she is ‘really’ like!
2020 – Another year with a single buck, another ho hum year. We battled nutrition problems in the whole herd, growing pains. They were severe, leading to little/no colostrum production herdwide and lower than expected herd production compared to genetics and previous lactations on the entire herd. She managed to settle AI to Legacy for 2021 kids, with plans to sell her after kidding and hoping for a doe kid.
2021 – Well, Red may finally be the doe I wanted her to be. She had twins by Legacy, with a doe to retain. First tests are well over 11lbs. We are happy to be working with a nutritionist as herdwide numbers are more appropriate for their genetics and backgrounds now, and the entire herd looks amazing – Red included. She may just stick around a little longer with her daughter . 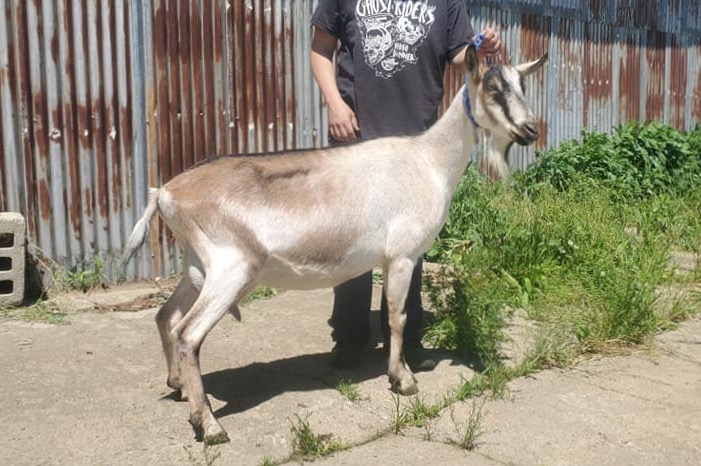 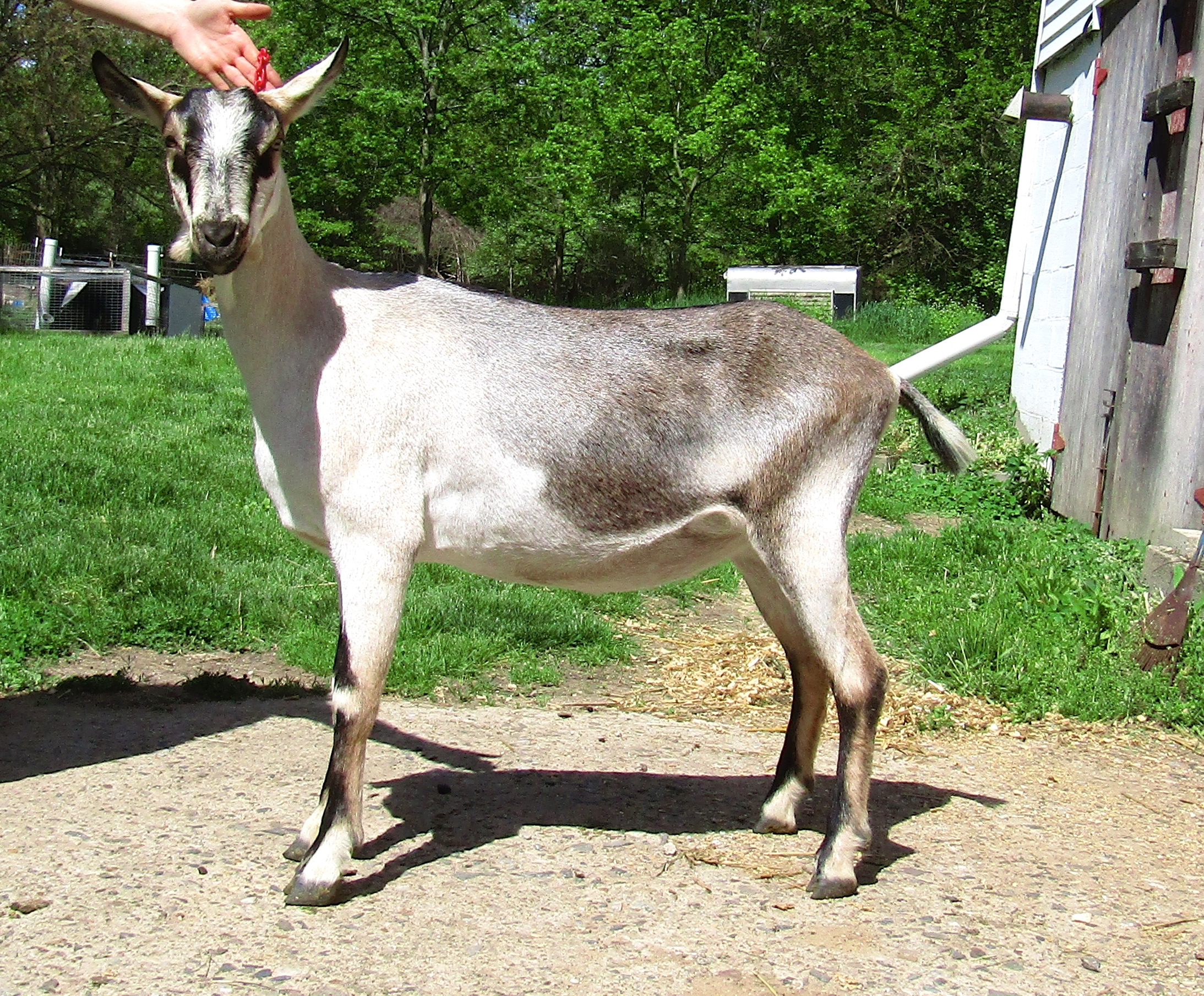